One of nature’s nastiest and trickiest creatures, fire ants are more difficult to deal with than many other types of insect. They are easily identified when spotted in the open, but if you’re wondering if you have a fire ant problem there’s a few steps to help you in defeating fire ants. 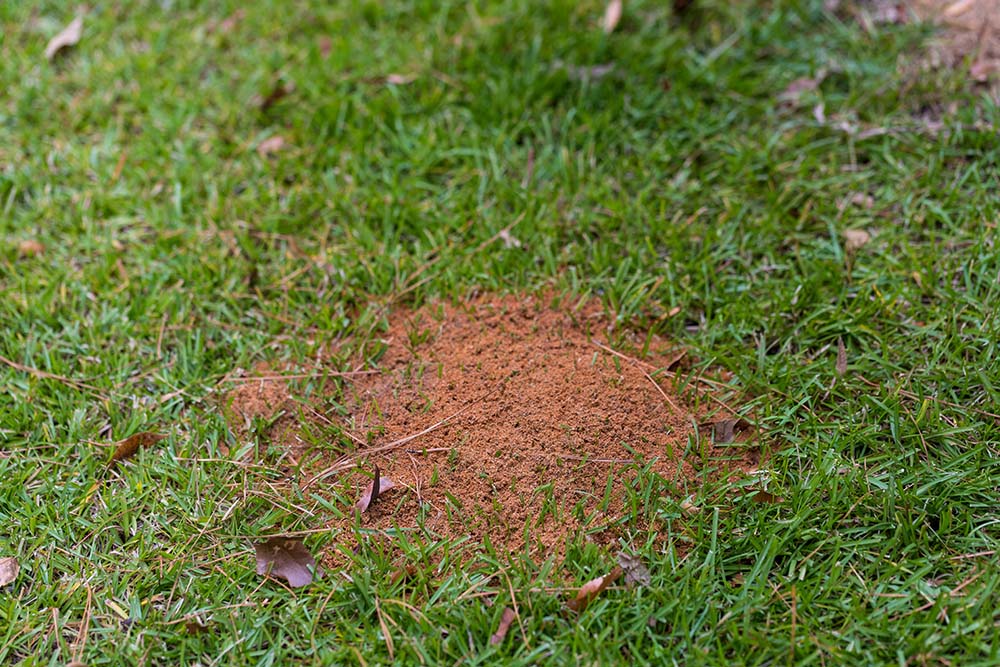 If you’re looking at an anthill and wondering if there might be fire ants inside or around, the easiest way to start gathering information is to look (from a safe distance) at the mound itself. If it has the typical hole in the top of the mound, congratulations! It’s unlikely to have fire ants inside. Fire ant mounds are entered and exited through a series of underground tunnels that connect to the bottom of the mount from outside. Another identifying trait of fire ants is that they’re one of the very few species of ant that will attempt to climb a vertical surface straight up. Most ants burrow into tiny cracks to work their way up a wall, but fire ants generally take the most direct route.

Fire ants have a bad reputation for a reason. The sting of a fire ant can cause a burning sensation and nausea. It generally bubbles up for the next few days. However, the possibility exists that you or someone in your family could be allergic to the sting, which can lead to more intense pain and complications. Unlike other insects, fire ants do not die when they bite or sting, but can attack again and again and again. Defeating fire ants starts in the home. If you’d like more information on how to defend your house or apartment against fire ants, please don’t hesitate to contact us.