Going to bat against your pests in Denton County, TX!

Home Run Pest & Termite Control operates on a simple philosophy. Honesty and integrity. We believe in giving our customers more than a simple pest control solution. We provide people with, not only exceptional results using the best products available on the market, but also constant evaluations by our highly knowledgeable team members. Each team member at Home Run Pest & Termite has been personally trained by us. Why? Because who better to train our staff than us? We like to know that our valued team members have been properly equipped with the knowledge and experience necessary to take excellent care of our customers and their needs.

View Our Pest Control Pricing
Get A Free Estimate

Home Run Pest and Termite Control are experts in the prevention of mosquitoes. We use highly effective mosquito control products that quickly decrease mosquito populations.

Home Run Pest and Termite Control uses a combination of bait stations, traps and exclusion work to rid a property of rodents, placed away from your pets and small children. 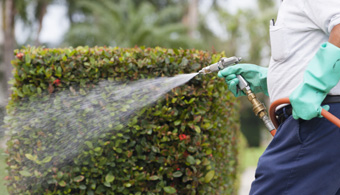 Home Run Pest and Termite Control serves residents and businesses in Denton County for all of their pest prevention needs, including termite removal. Our state licensed technicians have extensive experience performing treatments for condos, houses and commercial properties. We specialize in using only the best low odor, low toxicity pesticides available on the market. Our team will also take time to show you the steps you can take around your property to keep pests away, without the use of pesticide. Our company services residential and commercial properties that include the treatment of standard pests like ants, beetles, chiggers, cockroaches, crickets, spiders, fleas, mosquitos, scorpions, and ticks. For standard pests, we use low toxicity pesticide specifically labeled for indoor or outdoor use.

Subterranean termites thrive in Denton County’s conditions all year long. These termites tunnel through mud to access a structure’s foundation. Once established in the foundation, these termites can compromise the safety of a building. Home Run Termite Control offers termite protection plans, based on your needs. If you have an home or commercial property in need of a termite inspection or termite service, we have you covered. Let us help you knock termites out of the park!

Mice and rats infiltrate homes in Denton County all year long. They come inside seeking food, shelter and a safe place to breed. During this process, they can spread disease or bring other unwanted pests like fleas, mites and bed bugs. Our rodent control and removal services include baits, traps and exclusion work, if necessary, to keep mice and rats from returning. Rodent traps or bait stations are carefully placed around the property, out of the way of small children and pets.

See What Our Denton County Customers Are Saying!

★★★★★
“Home Run Pest Control is wonderful! The only homeowner-esque company that my husband and I feel is just a pleasure to work with every time. We look forward to seeing them quarterly, and can’t imagine using anyone else.” Emilia W.

★★★★★
“I am very impressed with this company. Michael was friendly, punctual, knowledgeable and answered all my questions. We are set up on a quarterly maintenance program and couldn’t be happier.” Delmer C.

★★★★★
“I called and scheduled a appointment for pest control. They arrived on time and were knowledgeable and very professional. After treatment we have had no problems with the carpenter ants and rodents in the shop attic area. Thanks again for a job well done.” Esther E.

Home Run Pest and Termite Control is a family owned and operated company. Our team believes in keeping your household or business free from dangerous or disease-spreading pests like black widows, cockroaches, rodents and scorpions. Our client’s satisfaction is our top priority. This is why we offer our standard pest protection programs which come with a guarantee of service. Check out our Denton County, Texas Pest Control Protection Plans. 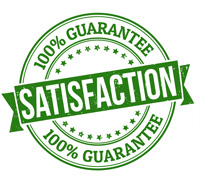 We guarantee 100% of our returning services. Standard pests and rodents often return when there is a shift in weather patterns. If this happens and you see pests between regularly scheduled service, give us a call immediately and we’ll return for free to treat the infestation.

Can You Fix My Problem?
When Can I Get Started?
How Much Will This Cost Me?
Why Choose Us?

Denton County is located in the state of Texas. As of the 2010 census, its population was 662,614, making it the 9th-most populous county in Texas. The county seat is Denton. The 2019 Census Bureau estimate for Denton County’s population is 887,207. The county, which was named for John B. Denton, was established in 1846. Denton County constitutes part of the Dallas–Fort Worth metroplex. In 2007, it was one of the fastest-growing counties in the United States.